This fall, a battle royal of epic proportions will hit the WWE Universe!

Kicking off in September with WWE SUPERSTARS #9, Super Genius is proud to present “Legends” — the ultimate WWE crossover event. Spanning four issues in the pages of WWE SUPERSTARS, “Legends” will see WWE Superstars of today match up against the Legends of the past in explosive battles that will defy the comic book and wrestling genres. 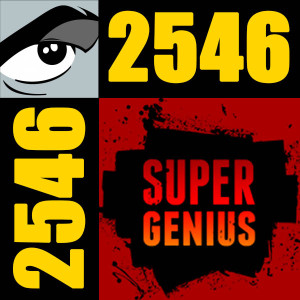 With WWEdnesday mere hours away, check out another great article on WWE SUPERSTARS including an interview with writer and WWE Hall-of-Famer Mick Foley from Fanboy Nation!

Thanks to everyone who celebrated WWE-dnesday with us by picking up a copy of WWE SUPERSTARS #1! Be sure to share your thoughts with us on Twitter or Facebook.

Read what others had to say about WWE SUPERSTARS #1 after the jump.

Enter to Win a FREE copy of our exclusive variant cover!

In celebration of WWE-dnesday, we’re giving away a FREE copy of the limited-edition Undertaker variant of WWE SUPERSTARS #1 over on our Facebook page. Like us to win!